To reduce energy consumption
and move away from carbon 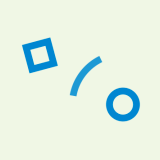 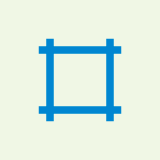 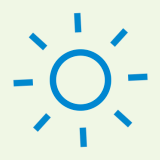 As of 2021, it will be possible to reduce the energy consumption of the TER regional trains by about 20%. Using less diesel fuel will lower operating costs and contribute to the energy transition.

Since 2015, the SNCF Group has implemented an ambitious energy plan with two quantifiable objectives for 2025: to improve its energy performance by 20% and and reduce its carbon emissions by 25%. Although trains are already one of the cleanest modes of transport, SNCF is stepping up its efforts to support the energy transition. The Group’s economic performance is also at stake, since energy is one of its largest cost items (€1.3 billion annually, including €800 to operate the trains) as well as its leading source of greenhouse gas emissions.

Technological innovation is a powerful means of achieving these goals. One such innovation is the new energy storage system on board TER regional trains, many of which are still diesel-powered today. This is a significant development considering that 60% of the SNCF Group’s total GHG emissions comes from the use of diesel traction.

To reduce both the diesel consumption and GHG production of its TERs, SNCF is going to replace half of the diesel engines on a TER with batteries. These high-capacity, lithium-ion batteries recover the train braking energy, most of which is currently dissipated as heat. These hybrid TERs will be able to simultaneously use several energy sources: electricity supplied by the catenary and batteries or diesel and batteries.

“No other solution available in the short term for current rolling stock will achieve comparable reductions in energy consumption and greenhouse gas emissions”, says Frank Lacroix, general manager TER. In addition, maintenance costs will be lower because of the elimination of two diesel engines from the train.

The hybrid TER will offer new operational benefits, too, including momentary back-up power if the catenary voltage drops or a diesel engine breaks down, the possibility of turning off the diesel engines in some stations, and autonomous battery-powered operation. In the future, trains will also become more intelligent thanks to software that optimises utilisation of the three energy sources in real time and according to the train service.

Tests on the hybrid TER are scheduled to begin in late 2020-early 2021, with the first commercial services slated for the following year and the regional rollout possible as of 2023 and the regional rollout for 2022. Occitanie, Nouvelle-Aquitaine, Grand Est (€3 million each) and Centre-Val de Loire (€250,000) are the first regions to make a financial commitment to the trains. Two other regions, Hauts de France and Normandie, have also expressed potential interest in large-scale deployment.
Ten years from now, there could be about 400 hybrid TERs in service (one half the diesel TER fleet), which would decrease the total diesel fuel consumption of the entire TER fleet in France by 10%. In view of its energy, cost, and operational performance, the hybrid TER looks to be a first step toward the phase-out of diesel traction planned by 2035.

With financial support from the regions of Occitanie, Grand-Est, Nouvelle-Aquitaine and Centre-Val de Loire.

Want to know more about the Hybrid TER?